Dermot Nolan has been elected the new President of Galway Chamber. Mr. Nolan is the Group Finance Director of the Headspace Group and has previously served as Deputy President of the Chamber as well as Chair of the Evolving Galway Committee.

Previously he worked with EY and Mazars in various roles up to partner level in both Ireland and internationally. He is a board member of Bia Innovator, Baboró International Arts Festival for Children and Architecture at the Edge. He is also President of Galway Hockey Club.

As a Chartered Accountant who also holds an MBA, Dermot is a graduate of Atlantic Technological University (ATU), NUI Galway and University College Dublin (UCD).

A native of Salthill, Dermot now lives in Menlo. He is married with two sons.

Speaking following his election, Dermot Nolan said, “I’m truly humbled to have been elected as the President of Galway Chamber. It is a great honour and I look forward to helping to further progress the great strides taken in recent times under the watch of Aengus Burns, JP Gilmartin as well as the other members of Council. They guided the Chamber through a particularly challenging period but have left us on a very strong footing as the Chamber of the Year.  Our challenge is to continue their good work and to further advance the strong progress made by the Chamber on a range of issues of concern to the Galway business community.

“On a broader note, it is fantastic that Galway continues to be recognised internationally as the most welcoming city in Europe. That allows Galway to compete well against other locations in both Ireland and wider Europe as a potential location for investment. It makes Galway a popular place to put down roots amongst the FDI community as well as with remote workers.

“As a welcoming city, Galway has always thrived on new blood and ideas. I hope it continues to embrace that attitude. Everyone in Galway should see the opportunities this outlook provides – from the Chamber to all other major organisations operating in Galway and the West. It will certainly be an approach that I aim to adopt for my own activity over the next year.

“I truly believe Galway is poised for even greater success in the near future. We have all the right ingredients, we just need the correct recipe. My hope is that over the course of my year in office we will be able to unlock a menu that appeals to a wide range of palates and that will enable Galway to continue to be an appetising place for all forms of business,” Mr. Nolan concluded. 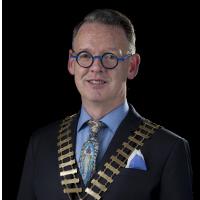